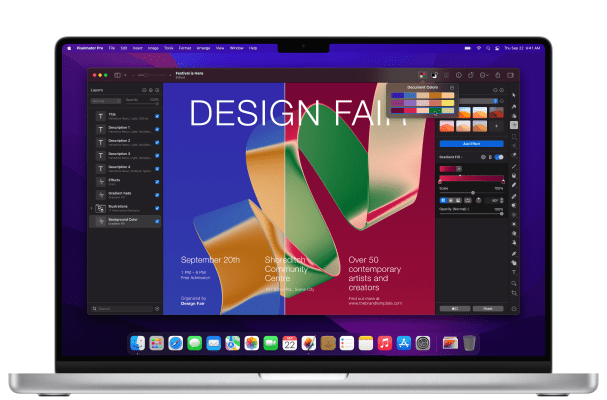 The update comes after the company announced earlier this year that Pixelmator Photo would make its way to the Mac after previously being available on iOS and iPadOS only. While Pixelmator Photo is primarily used for photo editing, Pixelmator Pro offers users greater creative autonomy and a more robust set of features.

Today’s update comes with 200 new design templates ranging from sharable social media squares, resumes, poster designs, and even cards. According to the company, these templates are entirely customizable and even provide a branding option.

Once a user logs in and selects to create a new document, they are presented with the application catalog of categories and the option to choose Brand Templates. Templates are designed to allow continuity across different mediums.

“The easy-to-use design templates in Pixelmator Pro let absolutely anyone create stunning visuals in moments,” said Simonas Bastys, lead developer at the Pixelmator Team, in a statement about the launch. “And with a range of gorgeous, fully-customizable mockups also included in today’s update, users can immediately see those designs come to life right in Pixelmator Pro.”

In addition to customizable templates, the company now allows users to create a mockup of their design and edit said mockup with element alternatives. Mockups can be designed to fit different forms of print media, Mac, iPhone and iPad. 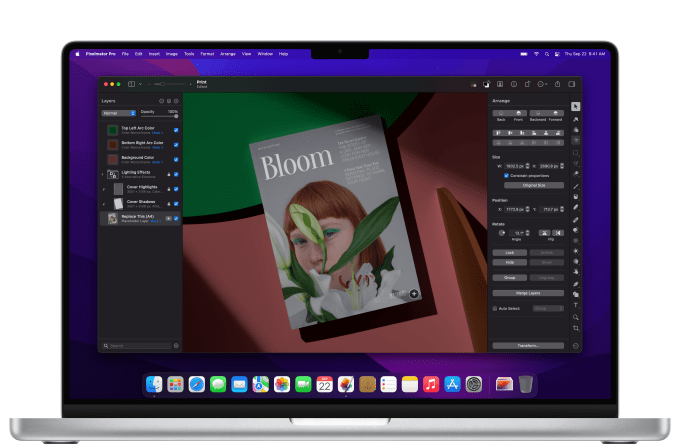 At the bottom of the left sidebar, users can find the mockup section and can select which medium they want to promote their design. By clicking the plus button users can place their design within the mockup and click the alternatives button (typically on the bottom right-hand corner) to change lighting settings. Lighting effects can reflect direct spotlight, different types of plant shadows, soft shadows, and direct and diffused light.

Users also have the option to change the entire color scheme of the mockup they are editing.

Furthermore, the company has released its “Smart Replace” feature.

The feature will allow a design element to be replaced by a user’s photo but also remove backgrounds, upscale the image if is of low quality and find optimal placement. The concept is supposed to help designers save time and allow images to fit seamlessly within the design.

Existing subscribers will have access to the update, and new users can purchase it for $39.99.