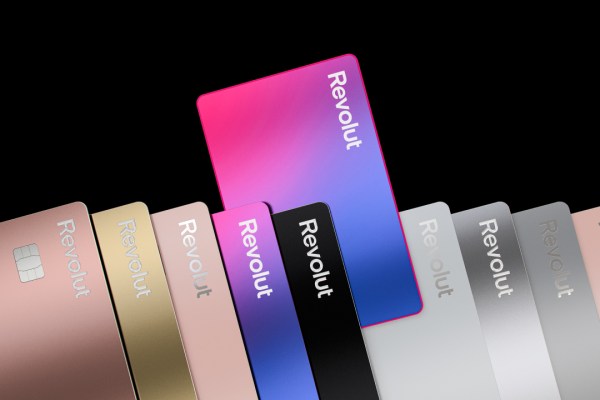 Hi, friends! Welcome back to Week in Review, the newsletter where we very quickly sum up the most read TechCrunch stories from the past week.

Want it in your inbox every Saturday morning? Get it here.

GTA 6 footage leaks: Roughly 90 clips of the next Grand Theft Auto game leaked out this week, with the uploader claiming to have hacked Rockstar Games’ internal Slack. Rockstar confirmed the “network intrusion,” adding that they are “extremely disappointed” to see things leaked this way but that development will “continue as planned.” Wipro fires 300 employees for moonlighting: India’s IT giant Wipro “has fired 300 employees in recent months who were found to be moonlighting for competitors,” writes Manish, with Wipro chairman Rishad Premji calling moonlighting an “act of integrity violation.” Revolut hacked: Banking/financial services startup Revolut confirmed this week that hackers were able to breach details for a “small percentage” of its customers. The company declined to get specific about exactly how many customers that works out to, but a breach disclosure filed with authorities in the company’s home country of Lithuania suggests it’s around 50,000. Brelyon’s wild monitor: Want something more immersive than a standard monitor but don’t want a VR headset strapped to your face? Brelyon is trying to reimagine the display, and they’ve raised $15 million from a pretty impressive roster of investors to get it done. Kia and Hyundai sued over design flaw: Earlier this year, a TikTok went viral that publicized a not-very-complicated way to steal certain models of Kia and Hyundai vehicles. Now a class action lawsuit has been filed against the automakers, with the complaint claiming the cars were “deliberately” built without “engine immobilizers,” which Rebecca describes as an “inexpensive and very common device” meant to prevent this issue. Google’s new Chromecast: Two years ago, Google launched a 4K version of the Chromecast — the first Chromecast to come with a dedicated remote, rather than requiring a smartphone for everything. They’re now bringing the same design plus a remote to the more affordable HD (1080p) model. The HD model will cost $30, while the 4K version will cost $50. Facebook users sue Meta over iOS tracking: “The complaint,” writes Taylor, “alleges that Meta evaded Apple’s new restrictions by monitoring users through Facebook’s in-app browser, which opens links within the app.”

You like podcasts? We’ve got podcasts! Good ones. Great ones. Award-winning ones, even! This week:

The Equity team asked, “What does breaking into venture capital look like today, and how is it changing?” My friends on Found talked to the co-founders of Change about how/why they built a crypto-centric API for charitable giving. The Chain Reaction crew talked about — what else? — the recent massive changes to the way Ethereum works, and the perhaps-surprising impact “the merge” had on the market.

Most stuff on TechCrunch is free. So what’s behind the TechCrunch+ paywall? Here’s what TC+ members were reading most:

Why did ETH tumble after “the merge”?: Was the market just correcting after a stretch of hype? Did they “alienate a core demographic?” Jacquelyn does a deep dive on the possibilities. Stop spending so much time on your product when pitching to investors: That may seem like wild advice, but Haje makes good points here. Your product might be everything to you, but it’s really not the only thing investors are considering. YC’s Seibel clarifies “misconceptions” about the accelerator: What do people get wrong about Y Combinator? YC’s Michael Seibel stopped by the Equity podcast to chat, and Natasha and Alex pulled some key excerpts out of the transcript for your perusal.
Read Entire Article